It’s finally here, the 11th edition of the Formula 1 Grand Prix at Singapore. Can Sebastien Vettel and Ferrari make a comeback and close the gap to Lewis Hamilton and Mercedes who are currently the Championship leaders? 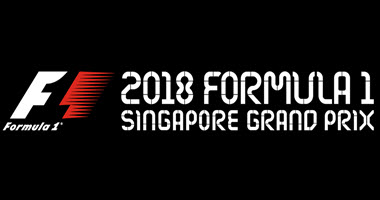 Ferrari has developed a sensational car that is certainly capable of claiming the Championship this year, but Sebastien Vettel as the lead driver has been extremely inconsistent and continues to make mistakes in important races and fails to capitalise on the supreme car. Will he finally be able to get it together this weekend or is all hope lost for Ferrari?

The Singapore Grand Prix was introduced officially into the Formula 1 calendar during 2008 and has since seen the Formula 1 cars race a total of 10 times. Singapore has turned into a modern classic, providing some of the most sensational action in racing history.

The street circuit of Marina Bay offers loads of high-speed action, allowing drivers to flat out without the need for too much breaking. The track also includes technical low-speed corners which are extremely difficult when it comes to breaking.

Winners In The Past

Seeing as the Grand Prix in Singapore is relatively new, it should come as no surprise that the track has been dominated by several elite teams and drivers. The most successful driver in the history of the Grand Prix at Singapore is Sebastien Vettel with a total of 4 wins in 2015, 2013, 2012, and 2011. Lewis Hamilton closely follows him with three wins at Marina Bay, including 2017, 2014, and 2009.

The Formula 1 Season So Far

The Formula 1 2018 season started with a massive bang for Ferrari where Sebastien Vettel claimed the first two races in the season in Bahrain and Australia. This was followed by two chaotic races yielding unexpected results. China produced loads of incidents where Lewis Hamilton and Daniel Ricciardo scored for Mercedes as they took advantage of the safety car in Azerbaijan. Lewis Hamilton continued his winning streak in Barcelona, while Daniel Ricciardo won the race on Monaco.

Sebastien Vettel and Ferrari are once again considered the favourites at Marina Bay. Vettel boasts with odds at 2.25 to win the race in Singapore, while Lewis Hamilton from Mercedes closely follows at odds of 4.33. Other drivers, such as Max Verstappen come in at odds of 5.00 to win the race, while Daniel Ricciardo is sitting at 5.50 odds. Other favourites to win the Singapore race include Kimi Raikkonen for Ferrari at 8.50 odds along with Valtteri Bottas coming in at 13.00 odds.

It all boils down to driver quality as well as plans and strategies for each team to ensure Hamilton and Vettel gain as many points as possible in the upcoming race. A betting man will obviously go with Sebastien Vettel as he managed to win on four different occasions at the Singapore Grand Prix in the past.