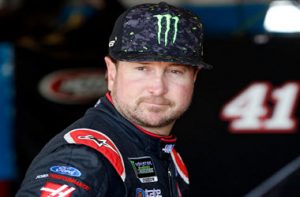 This was the first victory for Kurt Busch since the Daytona 500 in 2017. Beginning on the inside lane, Kurt Busch took the lead from Clint Bowyer, his teammate from Steward-Haas Racing, from a restart on Lap 478, after a flat-tire-induced spin was caused by Brad Keselowski in the sixth caution of the evening.

“It was all up to Clint Bowyer to choose a line,” Kurt Busch stated. “He decides to take the outside lane, allowing us to get a perfect start on the inside lane. I managed to make a perfect right through Turn 1 and Turn 2, followed by my spotter screaming, ‘Take it’. This essentially meant going to the wall on my exit, and to be honest, I didn’t even think about looking in the mirror.”

“My spotter screamed ‘Take It’, and by trusting your teammates to give you the correct stuff when it comes to setting up the car, you have to provide the same trust in your spotter as well. Tony Raines is an excellent racer, and it’s for this reason that he is my spotter, which worked out beautifully for me in the end.”

This was the sixth victory for Kurt Busch at the .533-mile short track and also the 30th for his career. It’s also 26th on the all-time list when it comes to the Monster Energy NASCAR Cup Series. For Stewart-Haas, this was the 10th victory in a total of 24 races which is rather impressive in the world of NASCAR racing. More importantly, Kyle and Kurt Busch are the very first pair of brothers and racers to achieve 30 wins each at the highest level of NASCAR.

“It’s absolutely amazing to achieve this in Bristol,” stated Kurt Busch, where Billy Scott, the crew chief, managed to pick up his first win in the premier series of NASCAR. “I truly love this place. We managed to win six times in Bristol, and I am fortunate enough to always have superb teammates that help me accomplish it.”

The recent victory at Bristol also helped Kurt Busch get into the playoffs. With only two races left and unconquerable point margins, non-winners Brad Keselowski, Ryan Blaney, and Larson also claimed playoff sports. Chase Elliot finished in 3rd position, while Joey Logano finished 4th and Erik Jones finished 5th, while Bowyer dropped to 6th position at the end of the race.
Kyle Busch provided the most compelling action during the race after an incredible run from the back to reach the top five until his charge met its end during Lap 481. This came as a result of a side-by-side scramble with the Chevrolet from Chris Buescher in a three-wide dance which cut the left-rear tire on Kyle Busch’s car which ultimately knocked him out of the race.