Countries like the United Kingdom are planning to ban all petrol and diesel cars within the next 25 years. As such, the automotive industry is leaning towards new forms of racing to help them develop better electrical cars and discover new ways to add improvements. 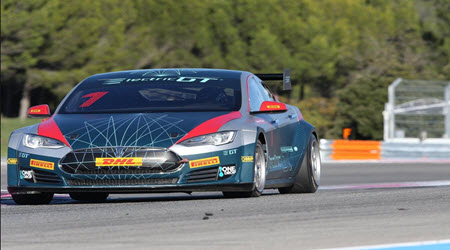 As we all know, the electric car industry has become much more of a reality within the last few years. Even though these cars are still extremely expensive and don’t compete with the features and distance of petrol cars, they are certainly making a move in the right direction.

Manufacturers such as BMW have evolved the technology to produce cars that can actually compete with the same driving distances as some petrol cars. However, some countries are not equipped with the charging stations these cars need to run long distances without switching over to the engine.

Other manufacturers such as Jaguar has made the move to electrical racing forms such as Formula E. This is a race much like the well-known Formula 1 races, but no petrol engines are involved. Even though this is still a relatively new sport, it has already contributed to the electric car industry by allowing manufacturers to develop the best electrical technology to give them an advantage in the race.

The team at Jaguar has recently presented one of the first long-distance electrical cars, which is known as the Jaguar I-Pace that’s said to have a driving distance of around 400 miles. While this distance would be highly impressive, the even more remarkable fact is that this car completely electrical. This means it does not have a petrol or diesel engine to kick in when the batteries run low but would rather depend on the excellent range the minute that sure states.

The Formula E races are pushing manufacturers to new limits by making new regulations each year. For example, the races currently allow drivers to switch between cars as the batteries don’t last for the entire race, but from next year switching will no longer be allowed, meaning cars have to make it through the race.

This will force many factors such as Jaguar to develop the technology even further, which will eventually carry over to the production line to provide even more improvements in the electric cars we buy today.

The great news is that the race consists of more many thatchers as than just Jaguar as many of the big names in the automotive industry are using the same racing opportunities to develop their technology. These include Nissan, Audi, Renault, Porsche and Mercedes Benz, making them the manufacturers to keep an eye on for the development of future cards.

Of course, currently, BMW remains one of the leaders in electric cars, especially since they have released models such as the i3 and i8. They are also working on other models that all introduce different car sizes, driving distances and more incredible features as we’ve seen with their entire range up to now.