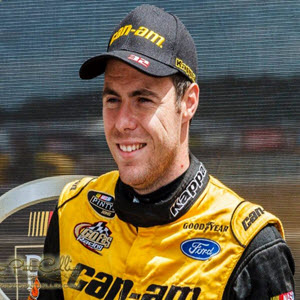 Alex Labbe is a Canadian NASCAR racer who has been racing since 2012. However, Labbe’s career with the NASCAR Xfinity Series did not begin until 2016. Despite that, Labbe has had a pretty successful racing history as he balanced being in the top five racers during his NASCAR Pinty’s series, alongside a few wins starting in 2017. Though in the Xfinity series, Labbe held the mindset that his history of competing on the track in the last four years could be a factor in his team scaring a place in the top 10 finishers – which turned out to be right.

The DGM racing team that Labbe was a part of is being led by a well-known veteran racer, Mario Gosselin. Though the team did experience a few issues regarding the mechanics, which they were able to rebound from just in time for the most recent race.

Labbe Has Impressive History in Racing

In the past, Labbe did have an impressive history as he was the lead during four laps of the Watkins Glen International, which was held in New York. Though in Mid-Ohio, where the team was facing their mechanical issues, Labbe was not a leader in any of the laps. Despite that, he was still in high spirits.

Labbe recalled how excited and confident the team felt with the last race due to being sponsored by Larue, having a solid car that could get the job done, as well as having a positive outlook on the race. Labbe stated that the entire team was filled with smiles and that they increased as soon as they were able to have a successful rebound and actually make it in the top 10. 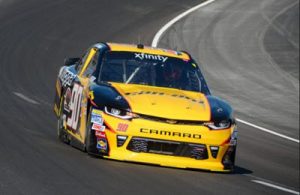 Early on in the race, the team did have to do some quick thinking to solve some issues with the brakes and a loose tire rod. While that was a stressful point for the team, hey managed to come together, get the issues solved in a timely manner, and ensure that the car was in perfect shape for the race. Plus, having the help of another veteran racer, Andy Lally, helped quite a bit as well. According to Labbe, Lally offered some sage advice about the course as he has a history of racing on it in the past – which showed to be helpful for the entire team.

This season, Labbe is starting the season by participating in the NASCAR Pinty’s Series, which is set to begin on Sunday. The race is held in Labbe’s home country of Canada in Trois-Rivieres, Quebec. Labbe seems executed for the race as he is going to be driving under Dave Jacombs, who, as Labbe has admitted during an interview, been extremely supportive of his Canadian racing career. Despite having to start in the back, Labbe is still excited to work for him and work his way up the ladder.